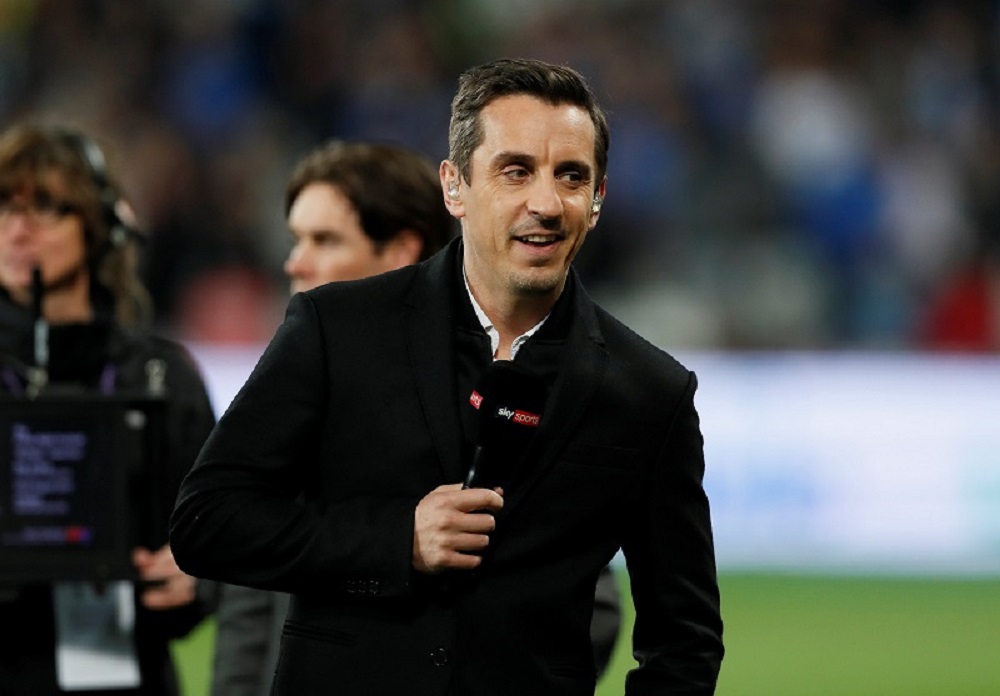 The Italian took over at Tottenham back in November but he has expressed doubts about whether he is suitable to take the club forward after recent setbacks. However, Neville believes the United board would fear a repeat of what happened with another former Chelsea manager:

“They’ve been there with Jose Mourinho! They want to appoint either Pochettino or Ten Hag on a long-term project and they needed somebody [Rangnick] to get them to the end of the season. Manchester United need a longer-term approach to their manager, they always have had that. They’re not going to appoint a short-term manager again, they did that with Jose. They went against the grain with that and they’re not going to do that again. Right or wrongly, they’re just not going to do it.”

Neville thinks United will narrow down their shortlist to two candidates: Paris Saint-Germain’s Mauricio Pochettino & Ajax’s Erik ten Hag, and he suspects the latter could well be the favourite to be appointed:

“They’re going to appoint a younger, more up-and-coming manager like Ten Hag or Pochettino. Pochettino is not young and up-and-coming but he’s certainly established himself. He’s at Paris Saint-Germain but there’s a bit of a danger with him because obviously, Paris Saint-Germain could keep him at the end of the season so they can’t put all their eggs in one basket. So I suspect they’re more favouring Ten Hag at this moment in time because they can get him.”

Whether Neville’s prediction proves to be accurate, we shall have to wait and see. There has been talk that United have been in contact with ten Hag’s representatives recently, with reports even suggesting that the Dutchman is brushing up on his English.

The process to appoint a permanent manager is expected to ramp up in the coming weeks, with a decision now likely before the end of the season.