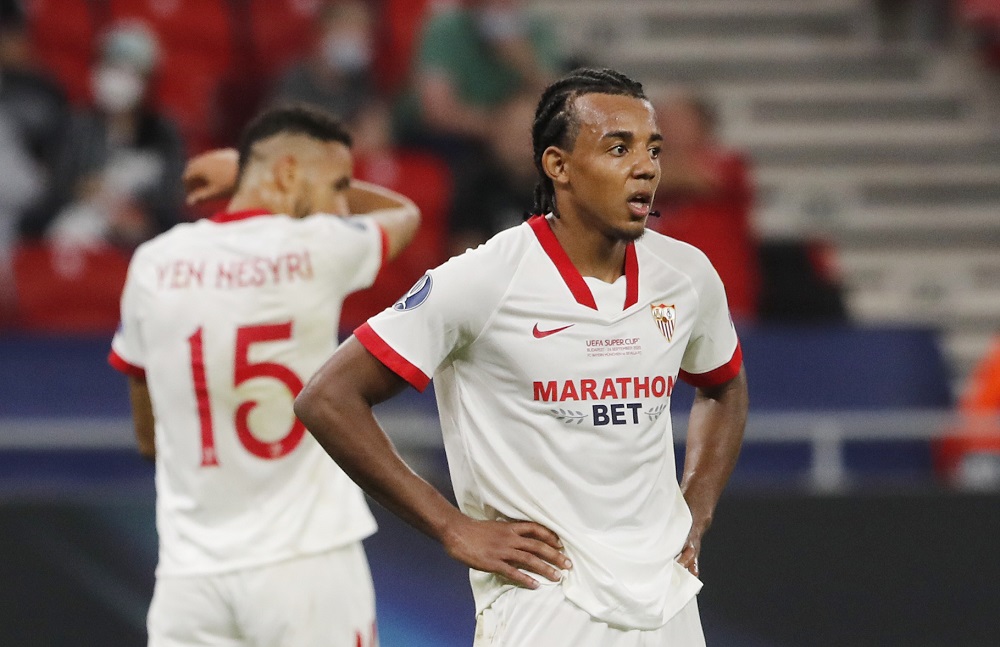 Mauricio Pochettino would back a move for Sevilla defender Jules Kounde if he becomes Manchester United manager, according to Fichajes.net.

The Spanish rumour mongers claim that Pochettino is a big fan of Kounde’s and the Red Devils would likely go “all out” to sign the France international were the Argentine to be appointed as Ralf Rangnick’s replacement.

United won’t be the only team interested in Kounde when the summer transfer window opens. Chelsea were heavily linked with the 23-year-old last year, but their impending takeover may see their transfer plans being put on hold.

Liverpool, Real Madrid and Barcelona are reportedly the other main contenders for the centre-back’s signature, but much will depend on who is prepared to meet Sevilla’s asking price.

The La Liga side are expected to demand at least €60m (£49m) for Kounde, which is actually a significant reduction on his €80m (£66m) release clause, so we shall see which team makes the first move.