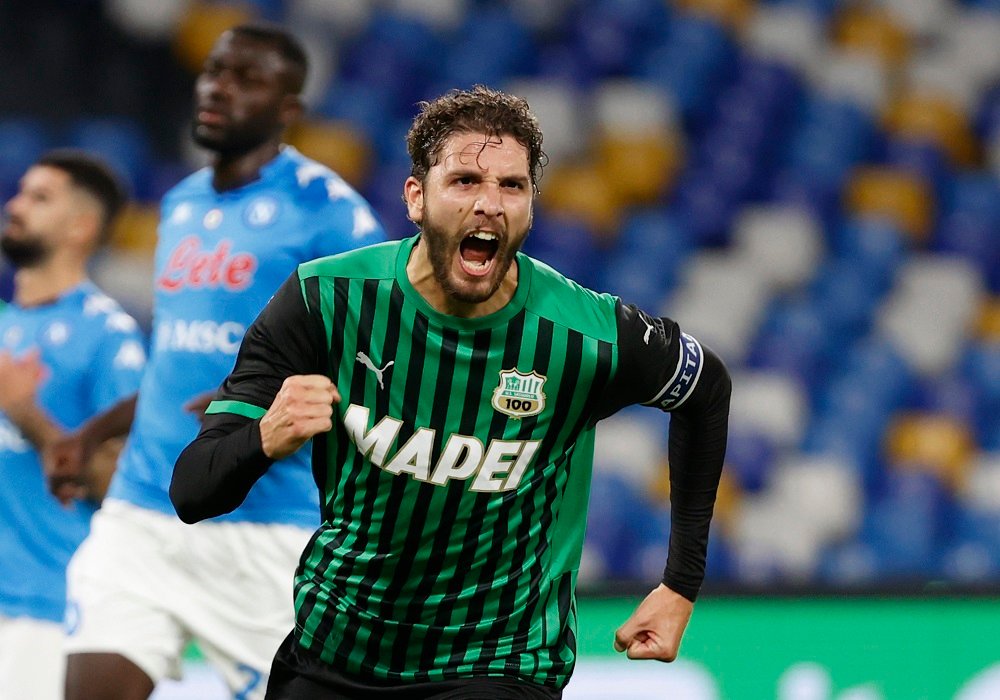 Juventus are making good progress in their talks to sign Sassuolo midfielder Manuel Locatelli, according to reports in the Italian media.

Chelsea, Manchester City and Arsenal have all been mentioned as potential suitors for the 23-year-old in recent weeks, but Juve are said to be the favourites to secure the player’s signature, who has been starring for Italy at the European Championships.

Sassuolo are reportedly demanding around €40m (£34m) for Locatelli but it is claimed that a defender, Radu Dragusin, could be offered as part of the deal to reduce the cost of the transfer.

Chelsea have been linked with a number of midfielders this summer, including Atletico Madrid’s Saul Niguez, but it seems as though the Blues’ priorities currently lie elsewhere. The London club are thought to be keen on snapping up Achraf Hakimi from Inter Milan, while it is believed that a bid for Borussia Dortmund’s Erling Haaland is being lined up.