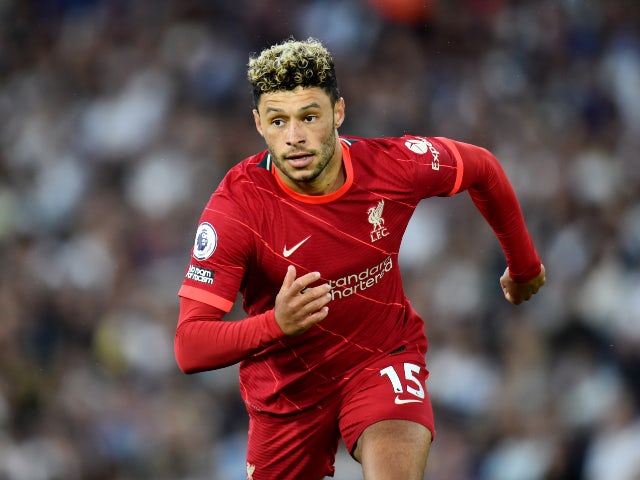 Despite finishing in 14th position in the Premier League standings in 2021-22, Villa have arguably enjoyed the strongest start to the current window.

The West Midlands outfit wasted no time in getting deals for Marseille midfielder Boubacar Kamara and Sevilla defender Diego Carlos over the line before the end of May.

However, manager Steven Gerrard is expected to remain proactive in his bid to transform Villa into a team capable of challenging for European qualification.

According to Football Insider, Oxlade-Chamberlain features highly on Gerrard’s shortlist, the Liverpool legend aware that the player will be allowed to depart his former club over the coming months.

The versatile Englishman is nearing five years at Anfield, a total of 65 starts and 68 substitute appearances being made in all competitions during that time.

A serious knee injury and other fitness issues have prevented the 28-year-old from building any momentum on Merseyside, subsequently resulting in him being brought in and out of the starting lineup.

However, opportunities in the first XI were far and far between this campaign, the England international making just 12 starts in Premier League and Champions League fixtures.

Oxlade-Chamberlain also did not make a single outing for Liverpool during the closing two months, a clear sign that his contract will not be extended past the end of next season.

Gerrard has allegedly made competing a deal one of his priorities for the summer window, but a previous report has claimed that Manchester United are also monitoring the situation.

Oxlade-Chamberlain is said to be available for a fee in the region of £10m, money which would go some way to helping Liverpool move forward with their own transfer plans.

If everything goes to plan, Benfica forward Darwin Nunez is expected to become a Liverpool player over the coming days, the Uruguay international costing in the region of £86m.

To further offset that financial outlay, Sadio Mane is expected to leave Anfield for a fee in excess of £30m, while Liverpool are inviting offers for Takumi Minamino.

The Premier League runners-up have already confirmed that fellow attack-minded player Divock Origi will depart on a free transfer.