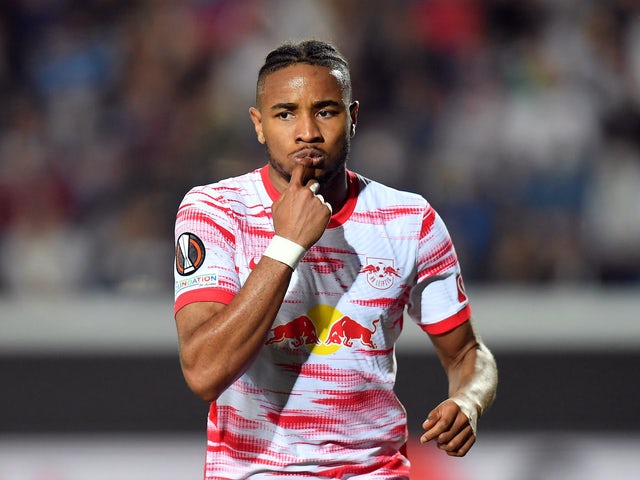 Manchester United have reportedly been priced out of a summer move for Christopher Nkunku, with RB Leipzig placing a £100m valuation on the France international.

The attacker starred for his Bundesliga club during the 2021-22 campaign, scoring 35 goals and contributing 19 assists in 50 appearances in all competitions.

There has been a host of speculation surrounding the 24-year-old’s future over the last few months, with Man United believed to be keen to bring him to Old Trafford this summer.

However, according to The Independent, Leipzig have made it clear that they would not listen to offers of under £100m for the Frenchman.

The report claims that Nkunku is prepared to spend one more season with the Red Bulls and is likely to sign a new contract, which will include a release clause, potentially as low as £50m.

As a result, there is likely to be a huge battle for the attacker’s signature during next summer’s transfer window, with Arsenal, Liverpool and Paris Saint-Germain also said to be keen on his services.

Nkunku’s current deal is due to run until June 2024, and he would allegedly only be prepared to sign a new contract with the view to moving on ahead of the 2023-24 campaign.

The forward found the back of the net on 20 occasions in 33 Bundesliga appearances last season, in addition to providing 14 assists.

In total, he has represented Leipzig on 134 occasions since arriving from Paris Saint-Germain in July 2019, scoring 47 goals and providing 46 assists.

Man United have allegedly already switched their attention to Ajax forward Antony, with the club said to be confident of bringing him to Old Trafford during this summer’s transfer window.

The Red Devils are in need of attacking reinforcements in the current market, as Edinson Cavani, Jesse Lingard, Juan Mata and Paul Pogba have all departed on free transfers.

Man United have also reportedly made a breakthrough in discussions with Barcelona midfielder Frenkie de Jong over a move to the club this summer.

The 20-time English champions were thought to be interested in signing Darwin Nunez from Benfica, but the Uruguay international is heading for Liverpool in a big-money deal.

Man United are due back in pre-season training later this month and will begin their preparations for the 2022-23 campaign with a friendly against Liverpool on July 12.