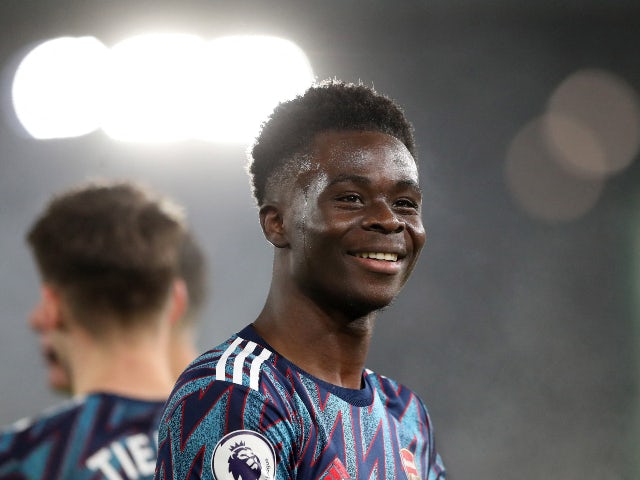 Bukayo Saka reportedly has no interest in leaving Arsenal during this summer’s transfer window despite the recent speculation surrounding the England international.

The attacker has again been in impressive form for the Gunners this season, scoring eight times and registering four assists in 29 appearances in all competitions.

The 20-year-old still has more than two years left to run on his deal at the Emirates Stadium, but there remains ongoing speculation surrounding a possible exit, with Liverpool said to be admirers.

Italian journalist Fabrizio Romano has said that the youngster has no interest in seeking a summer move and will have a meeting at the end of the campaign to discuss extending his deal at Arsenal.

“It’s always Liverpool rumours, this is what I was asking yesterday and the answer I received was that Bukayo loves Arsenal, he loves the club, he’s a good guy and a genuine guy, and this is why he’s not planning to leave in the summer.

“He’s not focused on a new deal now because he wants to focus on the season, but at the end of the season he will have a meeting with Arsenal and discuss a new deal.”

Saka has scored 19 times and registered 26 assists in 117 appearances for Arsenal since making his first-team debut for the capital giants in 2018.