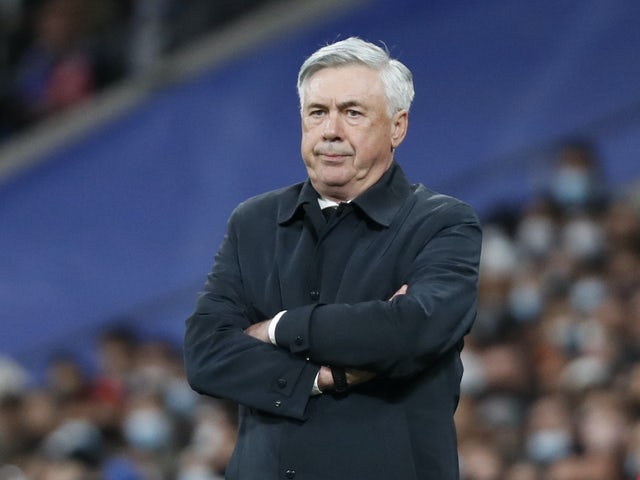 Head coach Carlo Ancelotti has revealed that he has already decided on his Real Madrid XI for the Champions League final with Liverpool.

With the La Liga title having been wrapped up for a number of weeks, Ancelotti has been able to rotate his Los Blancos squad after a long season.

That will continue at the weekend when Real take on Real Betis in their final game of the season, the team potentially reflecting decisions which have already been made by the Italian ahead of the showpiece occasion in Paris.

Speaking to reporters at a press conference, Ancelotti said: “I have no doubts about the starting XI in Paris.

“My only doubt is about who will play a more important part, those who start or those who finish the game.”