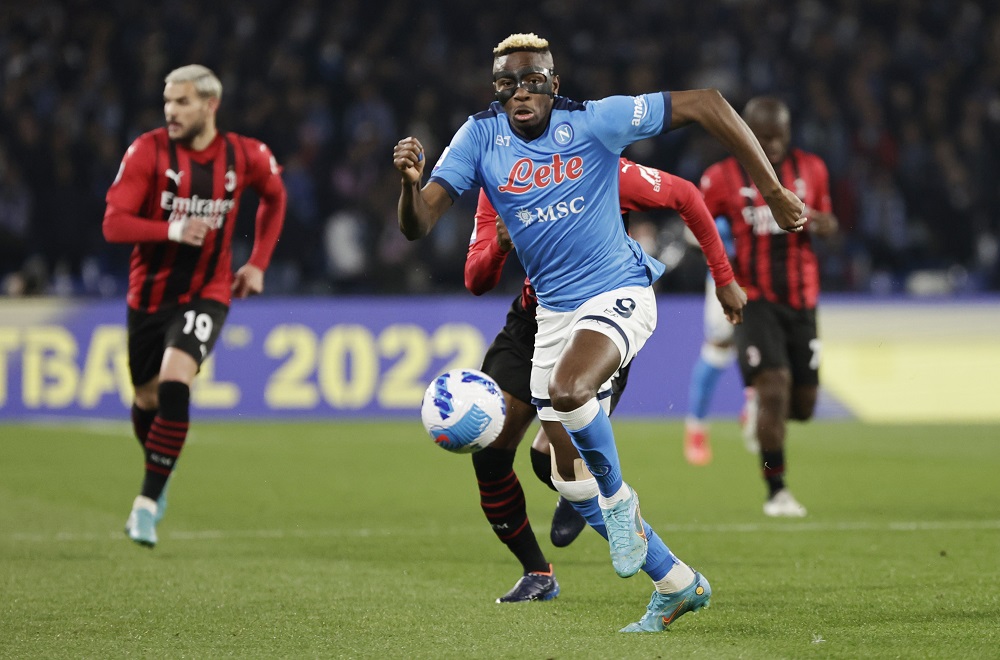 The Nigerian international has been linked with both Arsenal and Manchester United but Vieri thinks the forward would be the ideal fit for Jurgen Klopp’s style of play:

“If I’m Liverpool I’m going to get Osimhen from Napoli. Everyone in Klopp’s team runs, they go at a thousand per hour, it would be perfect.”

The Reds are reportedly looking to replace Sadio Mane, who is expected to leave Anfield in the coming weeks, but Osimhen would be a very expensive purchase.

Reports in Italy suggest Napoli are holding out for around €100m (£85m) and that figure is unlikely to drop with the Serie A club’s president, Aurelio De Laurentiis, a notoriously tough negotiator.

If Osimhen does end up being outside Liverpool’s transfer budget, there are plenty of other options to consider. The Merseysiders have also been credited with an interest in the likes of Benfica’s Darwin Nunez, PSV Eindhoven’s Cody Gakpo, Barcelona’s Ousmane Dembele and Bayern Munich’s Serge Gnabry in recent weeks.