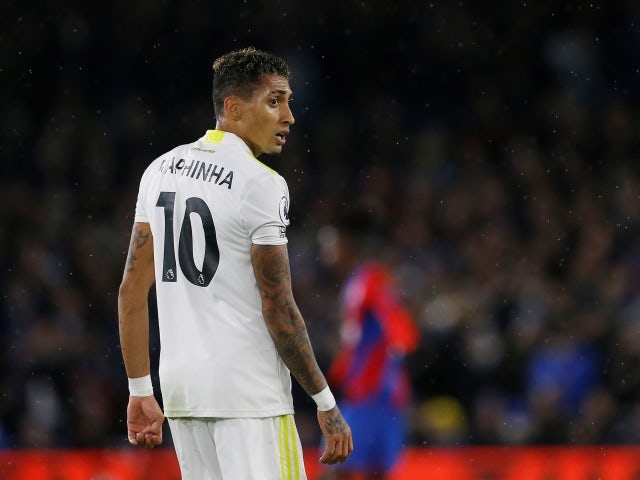 The 25-year-old has scored 15 times and registered 12 assists in 59 appearances for the Whites since making the move from Rennes in October 2020.

Raphinha has again been in strong form at club level this term, finding the back of the net on nine occasions in 27 appearances in all competitions, in addition to contributing three assists.

Man United continue to be credited with an interest in the Brazil international, while Chelsea, Barcelona and Liverpool are also believed to be keen on a summer deal.

Neville has branded the attacker “a top player” and said that he would not have liked to have played against him during his own career.

“He’s a top player, I think if they were to go down then a lot of clubs would be looking at him,” Neville told Sky Sports News.

“I know he was left out towards the end of the [Marcelo] Bielsa reign, people saying he was inconsistent, but every time I’ve watched him I think ‘I wouldn’t like to play against him’. He’s certainly a level above the players they have on the bench.”

Raphinha still has more than two years left to run on his contract at Elland Road but is believed to be planning to push for a summer exit even if the Whites avoid relegation from the Premier League.