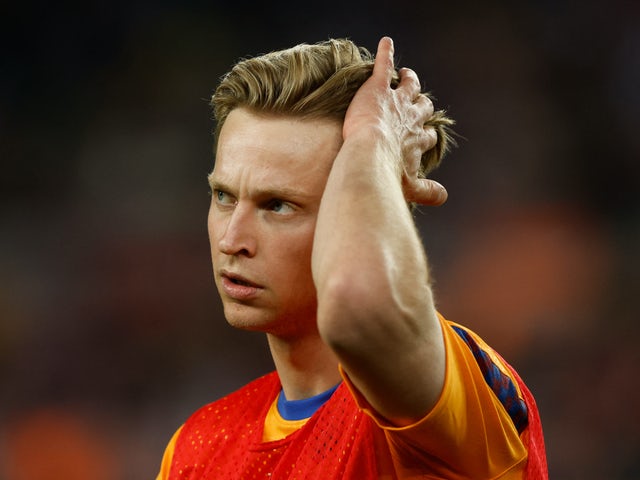 Former Manchester United captain Gary Neville has admitted that he is ‘worried’ by the club’s lack of business during this summer’s transfer window.

The Red Devils will begin pre-season training before the end of the month, while their preparations for the 2022-23 campaign will start against Liverpool on July 12.

The 20-time English champions continue to be linked with a number of players, with new head coach Erik ten Hag believed to have identified Frenkie de Jong as a leading target.

However, Man United are yet to make an official offer to Barcelona for the Netherlands international, who has said on more than one occasion that he wants to stay at Camp Nou.

Liverpool have already announced the signing of Darwin Nunez in a big-money deal, with the Reds winning the race for the Uruguay international after Man United dropped their interest.

Manchester City, meanwhile, have confirmed the arrival of Erling Braut Haaland, with the Norway international moving to Etihad Stadium from Borussia Dortmund.

Tottenham Hotspur have also added Fraser Forster and Ivan Perisic, while they are believed to be on the verge of signing Yves Bissouma from Brighton & Hove Albion.

Neville has claimed that Man United “can’t get moving” in the window and has stressed the importance of Ten Hag being allowed to assemble his squad as soon as possible.

“I know early in the window but it’s worrying that United are struggling to get business done. The others seem set and ready yet United can’t get moving. ETH needs his group together asap to mould them. Bringing them in late will only make it harder for him! Fingers crossed, it happens soon!” Neville wrote on Twitter.

As well as De Jong, Man United are believed to be keen to sign Christian Eriksen this summer, allegedly offering the Denmark international the chance to move to Old Trafford on a free transfer.

Porto duo Vitinha and Fabio Vieira have also been linked with moves to Manchester, as both Paul Pogba and Nemanja Matic will officially leave on free transfers at the end of the month.

Ten Hag is also said to be keen to sign a new central defender during this summer’s transfer window, with Villarreal‘s Pau Torres and Ajax‘s Jurrien Timber said to be leading targets.

Meanwhile, a new goalkeeper will be required if Dean Henderson departs, with the England international said to be in talks with Nottingham Forest over a loan move.

Man United will begin their pre-season against Liverpool on July 12 before also taking on Melbourne City, Crystal Palace, Aston Villa, Atletico Madrid and Rayo Vallecano ahead of the start of the new campaign.

There will be no Champions League football at Old Trafford next season, though, with the club finishing down in sixth spot in the 2021-22 Premier League, which has seen them qualify for the Europa League.