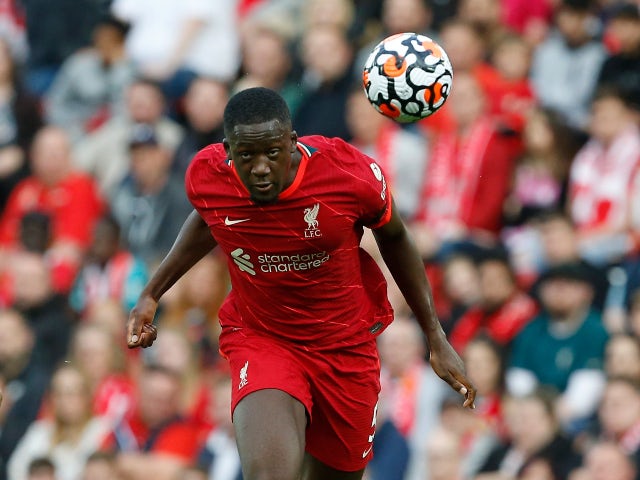 Didier Deschamps‘s side began their Nations League defence with a 2-1 defeat to Denmark on Friday night in League A Group 1, during which Varane was taken off with a hamstring problem.

The centre-back has now been deemed unfit to carry on this month, allowing Konate to earn his maiden call-up for Les Bleus after he was initially snubbed by Deschamps.

Konate made 29 appearances for Liverpool during the 2021-22 season, scoring three goals and collecting EFL Cup and FA Cup winners’ medals with the Reds in his debut campaign.

France – who also have an injury concern over Kylian Mbappe – continue their Nations League campaign with a trip to Croatia in a repeat of the 2018 World Cup final on Monday night.