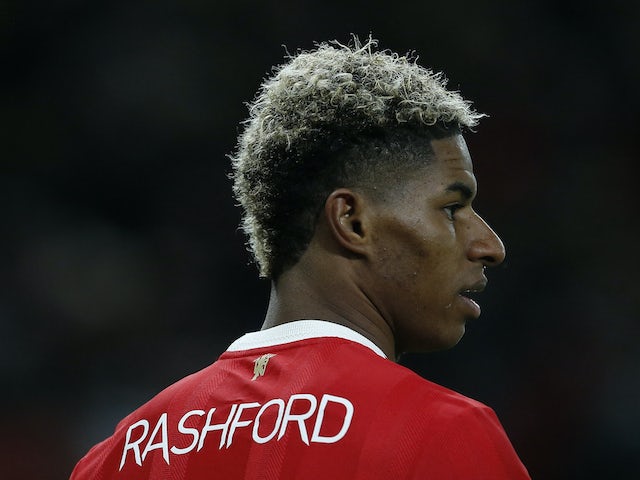 Liverpool are reportedly keeping a close eye on Marcus Rashford‘s situation at Manchester United, with the Reds ‘making it known they are admirers’ of the attacker.

The 24-year-old is believed to be considering his future at Old Trafford due to his struggles this season, and a number of clubs continue to be linked with his services.

According to the Manchester Evening News, Barcelona have ‘expressed an interest’ in signing the England international, but Liverpool are also monitoring developments at Old Trafford.

The report claims that Rashford is not looking to leave the Red Devils despite the recent developments and instead wants to open talks over a new long-term deal.

The England international’s current deal in Manchester is due to expire in June 2023, although the club have the option to activate a one-year extension on the agreement.

Rashford has scored five times and registered two assists in 26 appearances for the 20-time English champions this season, managing just four goals in the Premier League.

The forward was a second-half substitute in Man United’s Champions League last-16 second leg with Atletico Madrid on Tuesday but struggled to make his mark in his side’s 1-0 loss at Old Trafford.