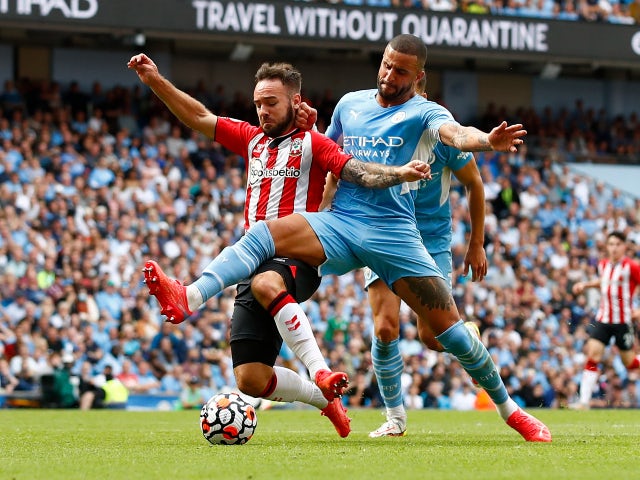 Premier League leaders Manchester City have been drawn away against Southampton in the FA Cup quarter-finals.

Pep Guardiola‘s men booked their place in the last eight after beating Championship outfit Peterborough United on Tuesday night, thanks to second-half strikes from Jack Grealish and Riyad Mahrez.

Meanwhile, Southampton beat West Ham United 3-1 at St Mary’s on Wednesday, with goals from Romain Perraud, James Ward-Prowse and Armando Broja keeping them in with a chance of reaching the FA Cup semi-finals for the third time in the last five years.

A challenging contest awaits Ralph Hasenhuttl‘s men on March 19, though they will be confident of causing an upset having already played out two draws against the Premier League champions this season.

Elsewhere in the draw, Liverpool and Chelsea will face Championship opposition away from home in the quarter-finals, with the Reds drawn against either Nottingham Forest or Huddersfield Town, while the Blues will face Middlesbrough, who eliminated Manchester United and Tottenham Hotspur in the previous two rounds.

Crystal Palace vs. Everton or Boreham Wood
Nottingham Forest or Huddersfield vs. Liverpool
Middlesbrough vs. Chelsea
Southampton vs. Manchester City