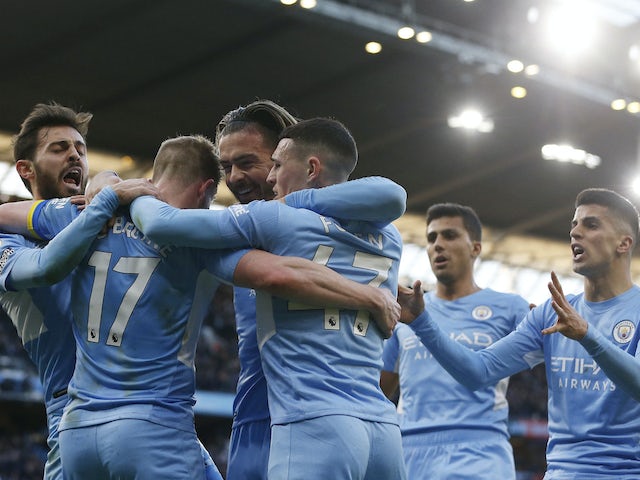 Manchester City will face Atletico Madrid in the quarter-finals of the 2021-22 Champions League.

The Citizens are competing in the last eight of Europe’s most prestigious club competition for the fifth successive season after beating Sporting Lisbon 5-0 on aggregate in the last 16.

Should the Premier League leaders advance to the semi-finals, either current Champions League holders Chelsea or 13-time champions Real Madrid will await them in the last four, with the winners of City against Atletico to play the first leg on home soil.

Elsewhere in the quarter-final draw, Liverpool have been drawn against Benfica, while Bayern Munich will face Villarreal.

Manchester City or Atletico Madrid vs. Chelsea or Real Madrid
Benfica or Liverpool vs. Villarreal or Bayern Munich