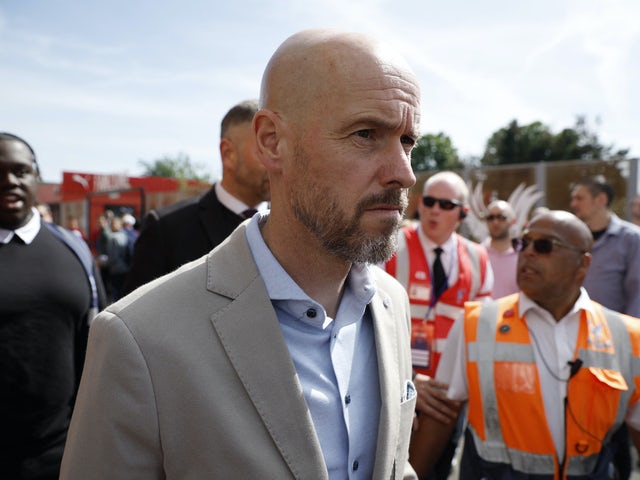 Manchester United will travel to Bangkok, Melbourne, Perth and Oslo this summer as part of their preparations for the 2022-23 campaign.

The Red Devils will start their pre-season with a clash against English rivals Liverpool in Bangkok on July 12, with the match taking place at the Rajamangala Stadium in Thailand’s capital.

The 20-time English champions will then fly to Australia to take on A-League side Melbourne Victory on July 15 before facing fellow Premier League side Crystal Palace on July 19, with both matches taking place in Melbourne.

Four days after the clash with Palace, Man United will be in Perth to tackle Aston Villa at the Optus Stadium.

Erik ten Hag‘s side will then round off their pre-season preparations against Spanish giants Atletico Madrid on July 30, with the new Premier League campaign starting one week later on August 6.

After confirming the clash with Atletico at the Ullevaal Stadium in Oslo, Man United’s football director John Murtough told the club’s official website: “Pre-season is such an important part of the squad’s preparations for the season ahead.

“Our players and coaching staff will be relishing the opportunity to play against such a high-calibre opponent in Atletico Madrid, as well as the chance to perform in front of a full stadium of passionate Norwegian fans.”

Meanwhile, the club’s chief operating officer Collette Roche said: “Manchester United has a deep and long-standing relationship with Norway and we are delighted to be returning to play at the Ullevaal Stadium this summer.

“Our visit will coincide with the 40th anniversary of our official Norwegian supporters’ club, reflecting the strength of support we have in the country. We know that both our locally based and travelling fans will provide a great reception for the team.”

Ten Hag revealed earlier this week that Man United are due to officially begin pre-season training on June 27, although those involved for their countries next month will return at a later date.

“We will start pre-season on 27 June and I will get a few of the squad, of the individual players. Not all the players will be coming in [on 27 June], because the ones who play internationals will have a longer break, because they play longer in this current season,” Ten Hag told MUTV.

The club’s new head coach was in the stands for last Sunday’s 1-0 loss to Crystal Palace, and he has now officially replaced Ralf Rangnick at the helm.

Man United lost their last two Premier League matches of the 2021-22 campaign against Brighton & Hove Albion and Palace but were still able to claim sixth spot in the table, so the club will play in the group stage of the Europa League next term.

Ten Hag has said that the club’s main aim next term will be to secure a return to the Champions League for the 2023-24 campaign.

“I said this is the project, to bring Man United back on top, but also we have to accept the current situation we are in,” the Dutchman told MUTV. “First of all, Man United belong in the Champions League, so that will be the first target.”

Man United’s 2021-22 season saw them finish sixth in the Premier League, reach the fourth round of the FA Cup, third round of the EFL Cup and last-16 stage of the Champions League.