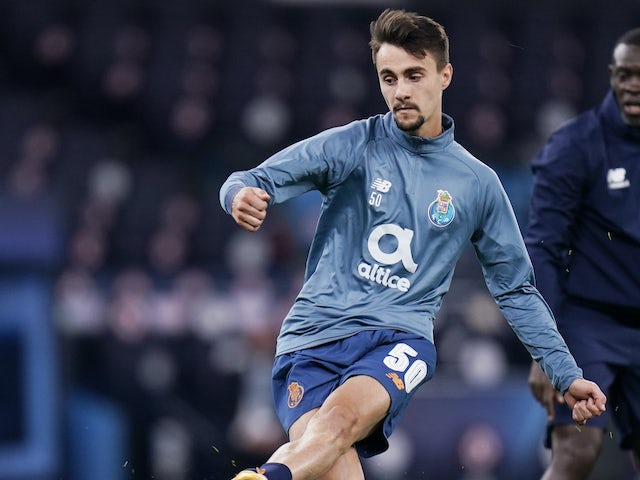 The 22-year-old was in impressive form for his Portuguese club during the 2021-22 campaign, making 39 appearances in all competitions, contributing seven goals and 16 assists in the process.

Vieira still has more than three years left to run on his contract, but there is believed to be a £12.7m release clause in the agreement, which has attracted the attention of a number of clubs.

A recent report claimed that Liverpool have first refusal on the midfielder, with the Reds exploring the possibility of signing him during this summer’s transfer window.

However, according to Correio da Manha, there is also genuine interest from Man United, and the Red Devils could make an attempt to bring him to Old Trafford in the current market.

Vieira scored six times and registered 14 assists in 27 league appearances during the 2021-22 campaign, as Porto finished six points ahead of second-place Sporting Lisbon to win the title.

The midfielder also featured twice in the Champions League and three times in the Europa League last term, in addition to making five appearances in the Taca de Portugal.

Vieira came through the youth system at Porto and has represented the Portuguese giants on 76 occasions in all competitions, contributing 10 goals and 18 assists in the process.

Man United are believed to have scouted the Portuguese in the second half of last term, but they could face competition from Tottenham Hotspur and Arsenal, as well as Liverpool.

Vieira has scored 13 times in 20 appearances for Portugal Under-21s but is still waiting to make his senior debut for the national side.

Man United are also said to be at the head of the queue for Porto midfielder Vitinha, who also impressed for the Portuguese outfit during the 2021-22 campaign.

The 22-year-old made 47 appearances in all competitions at club level last term, contributing four goals and five assists in the process, and his release clause is believed to stand at €40m (£34.8m).

The midfielder scored twice and registered four assists in 30 league appearances during the 2021-22 campaign, in addition to featuring on 10 occasions in Europe.

The Red Devils remain in talks with Barcelona over a deal for Frenkie de Jong, but two new midfielders could join the club this summer, as both Paul Pogba and Nemanja Matic are departing on free transfers.

New head coach Erik ten Hag is also believed to be keen to sign a centre-back and centre-forward, while a new goalkeeper would be required if Dean Henderson leaves amid interest from Nottingham Forest.