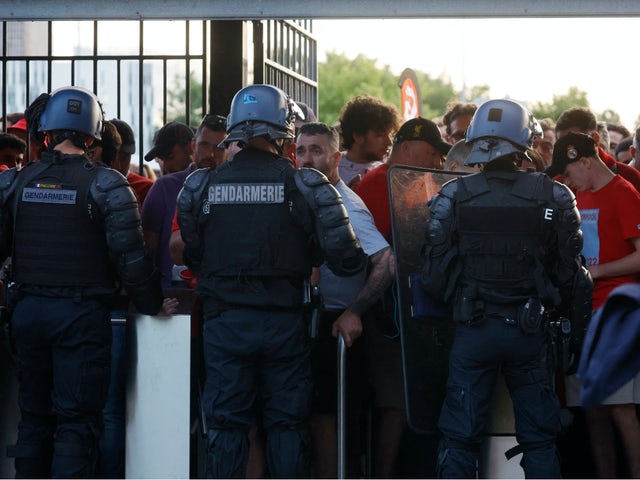 Real Madrid have joined Liverpool in demanding an explanation into the horrific events outside the Stade de France before Saturday’s Champions League final victory.

Kickoff was delayed by 36 minutes as thousands of supporters waited outside locked gates for hours in Saint-Denis before being subjected to tear-gas attacks by police as disruption unfolded.

UEFA initially blamed the late arrival of fans for the delayed kickoff, which was quickly shot down by journalists and supporters before further comments from French chiefs invoked fury.

Minister Gerald Darminan also laid the blame specifically on Liverpool fans, alleging that thousands of members of the Anfield faithful turned up with fake tickets or tried to storm the gates, leading to retaliation from the authorities in the form of tear gas.

Liverpool released an official statement requesting an investigation into the events during the match, and Real Madrid have now followed suit, claiming that some of their supporters were also subject to ‘violent’ attacks which required hospitalisation.

The statement read: “Given the unfortunate events that took place on May 28 in the vicinity and entrances to the Stade de France, including inside the stadium itself, Real Madrid CF would like to state the following in defense of our supporters who were victims of these events.

“We want to know what were the reasons that motivated that designation of the venue of the final and what criteria were taken into consideration taking into account what happened that day.

“Likewise, we ask for answers and explanations that determine who was responsible for leaving the fans helpless and defenseless. Some followers whose general behavior was at all times exemplary.

“We understand that what should have been a great celebration of football for all the fans who attended the game turned into unfortunate events that have caused deep outrage around the world.

“As has been clearly seen in the revealing images offered by the media, many of the fans were violently assaulted, harassed, robbed and robbed.

“Some events that also took place when they were driving in their cars or buses fearing for their physical integrity. Some of them even had to spend the night in the hospital for injuries received.

“Football has transmitted to the world an image far removed from the values ​​and objectives that it must always pursue.

“Our followers and fans deserve a response and that the relevant responsibilities be cleared up so that situations like the ones experienced are eradicated forever from football and sport.”

UEFA have commissioned their own independent investigation into the events outside the stadium, which will be led by Portuguese MP Dr Tiago Brandao Rodrigues.