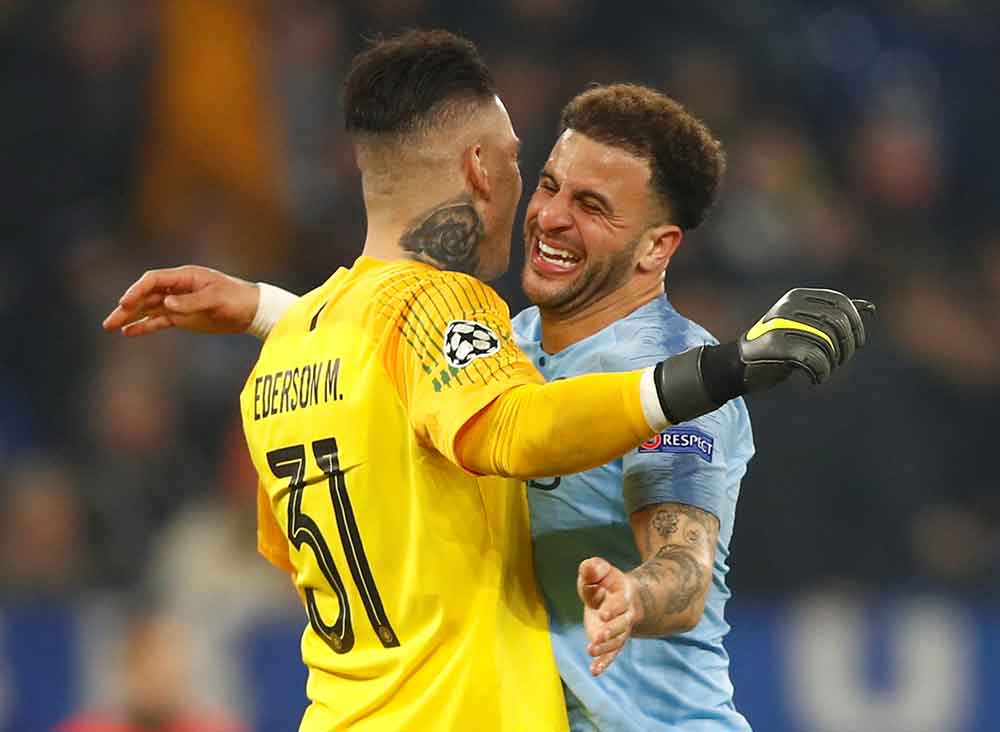 Manchester City’s Joao Cancelo was rightfully given the man of the match for his display against Manchester United at the weekend, but fans have been keen to highlight Kyle Walker’s contribution to the performance.

The 31-year-old has been in excellent form so far this season, and he was once again on his game on Saturday, keeping Cristiano Ronaldo quiet for the entire 90 minutes.

Supporters on Twitter have been praising Walker and they think his displays should be recognised by those outside of the Blue half of Manchester:

This man pocketed soo many big names this year

Lol honestly Walker always stands up against these big players.. He did the same with Zaha, Neymar, Mbappe, Hazard and now Ronaldo. And he does it perfectly cause of his pace and reading of the game, if was a winger, I’d never play on his side.

And nobody is hyping over it. All round he’s the best right back

Standard. He did the same thing to mbappe

Yeah! @kylewalker2 had really play well with a terrific performance in #DerbyDay,he went further by denying @Cristiano chances of scoring that left @ManUtd forward @Cristiano in a dire situation with lot of questions being asked about him whether he had chosen a wrong Manchester

It will be interesting to see what England manager Gareth Southgate chooses to do for the World Cup qualifiers against Albania and San Marino.

Chelsea‘s Reece James is also in great form, whilst Liverpool’s Trent Alexander-Arnold is in the squad, but Walker has definitely made his case for starting for England at right-back ahead of his competitors in the games later this week.