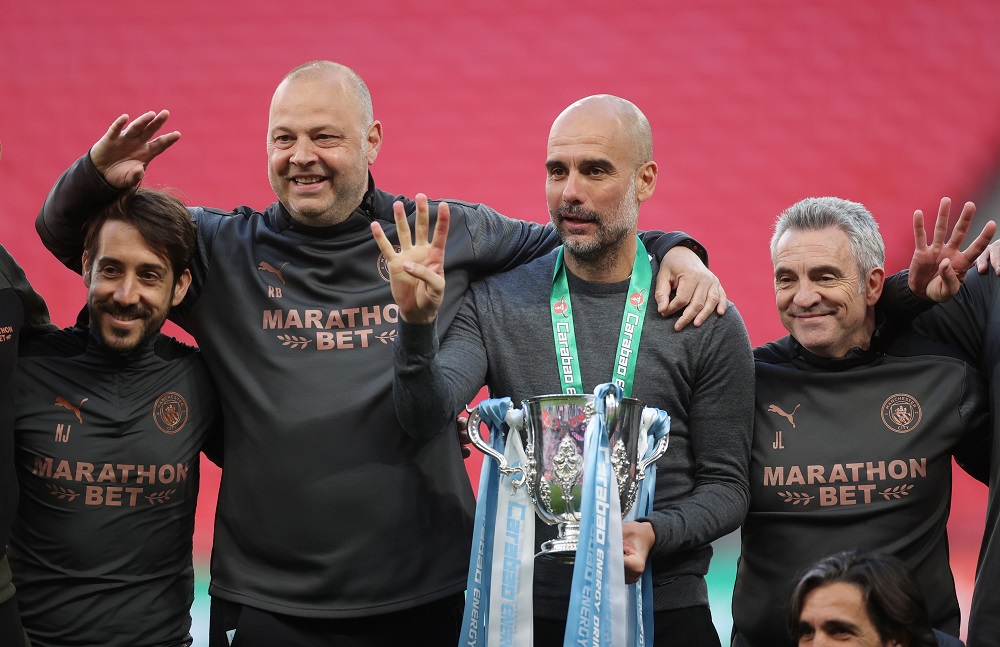 The EFL will allow five substitutions in the Carabao Cup starting from the fourth round ties that are scheduled to take place on Tuesday and Wednesday night.

14 of the 16 remaining teams in the tournament recommended the change earlier this month to help clubs manage the fitness of their players.

After consultation with the two other clubs and the Premier League, the EFL agreed to permit two extra substitutions in the Carabao Cup for the rest of the competition.

Each team will have nine players on the bench, with the option of making five subs during three different stoppages in the match.

Manchester City face Crystal Palace on Saturday, and with their Carabao Cup tie being played against West Ham at the London Stadium tomorrow evening, manager Pep Guardiola will be glad to have the extra freedom to replace players.

There is also no extra time in this year’s competition so there will be a penalty shootout after 90 minutes if the scores are level.