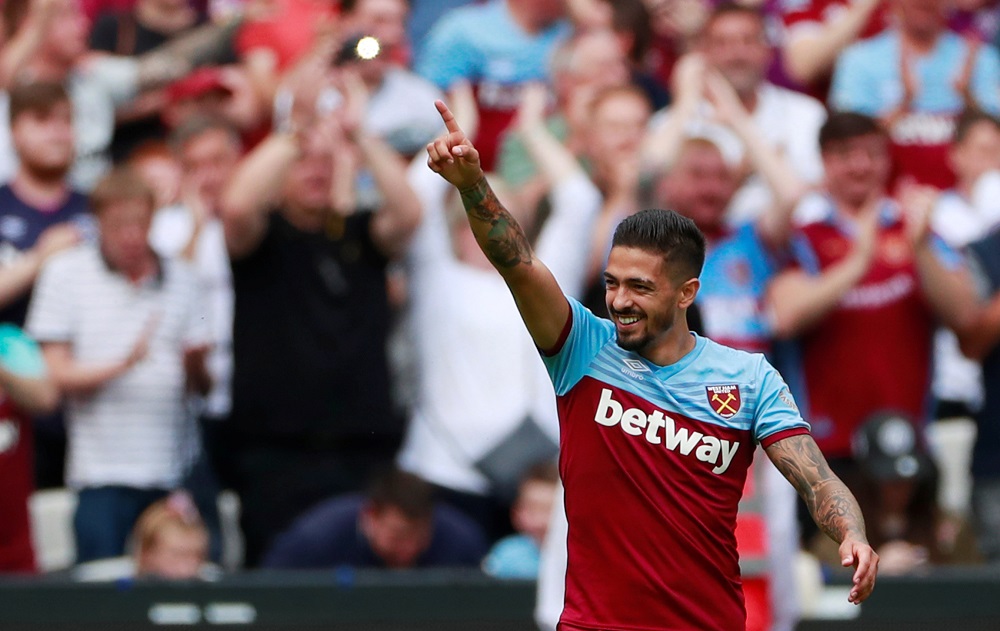 West Ham attacking midfielder Manuel Lanzini has had a very good start to the season.

The 28-year-old has performed well when he has come off the bench during league games whilst he has been impressive when given starts by manager David Moyes in the Europa League and Carabao Cup.

With Lanzini expected to start against Rapid Vienna on Thursday evening, some supporters on Twitter are discussing whether he should play versus Manchester City this weekend too:

Was saying the same thing, looks to being back to him old self.

Wrong player against City. He won’t see enough of the ball to affect the game.

Needs to play a little further forward to influence the game more. Did well yesterday.

One of the 3 behind Antonio

Benrahma was our best attacking player vs Wolves

If Lanzini can impress in Vienna, you have to think that Moyes will be, at least, contemplating starting him at the Etihad on Sunday.

With either Pablo Fornals or Said Benrahma having to make way for him, though, it would be a tough decision to make. Nonetheless, the Argentinian’s recent performances mean there is a conversation to be had. Many had written off the player after struggling to recapture his best form in recent years but he seems to have rediscovered something this campaign.