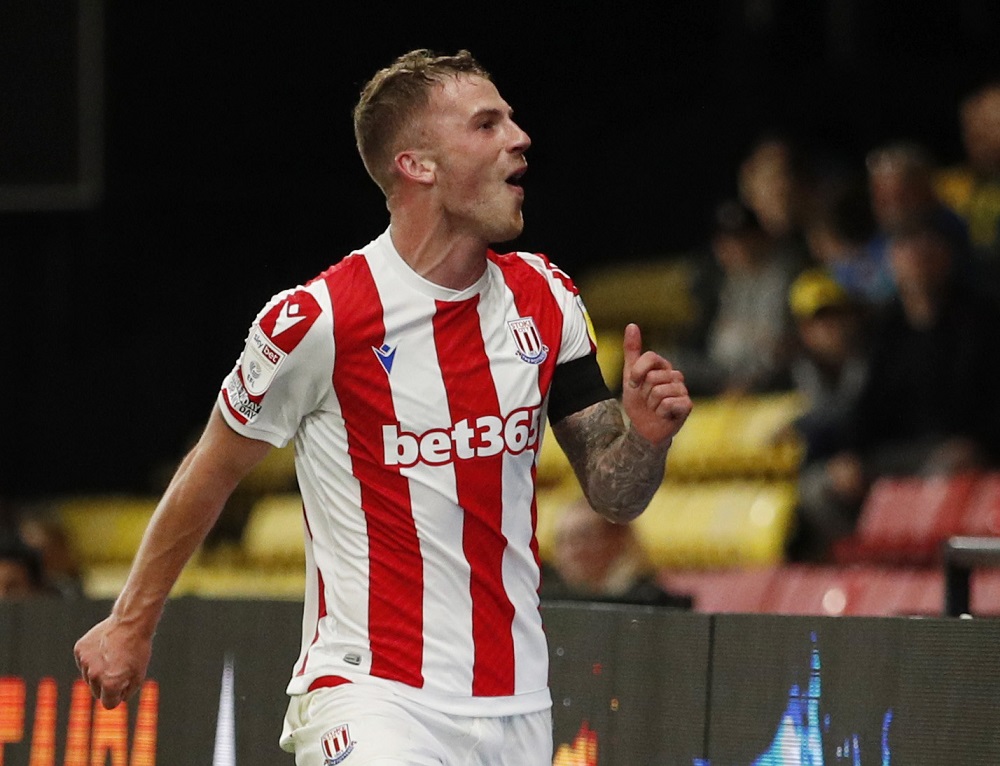 Rangers are weighing up a move for Stoke City left-back Josh Tymon, according to reports in the UK.

It is believed that the 23-year-old could cost as much as £5m, with the Light Blues only expected to make a move if they qualify for the Champions League or if they sell Borna Barisic this summer.

While some supporters on Twitter think Tymon could be a good signing, most believe that Rangers would be paying over the odds for the defender:

We’re not gonna pay £5 million for a stoke city left back, a guy who was involved with conceding over 50 goals and finished 14th in the championship, no way is he worth £5 million and I can’t see us paying that

The value of English players is over inflated, should only look at the sort of deals we got when signing Aribo & Bassey. Far better value elsewhere

Created 52 goal scoring opportunities in the Championship last season which were not converted. Had 4 assists on top of that. Had 30 shots at goal but scored once. That can improve. And was offside 5 times. Suits our game it seems.

For speculation on who we will sign forget 5m for this n that .
Rangers have a policy in place to sign players that they can get for near zero and give them a platform to improve on .
Bassey style can’t see us riskin big money on anyone who may or may not improve unless kentish

Why not look into the south american markets

Utter nonsense to think we will spend that on a left back.

£5 million for a mediocre left back? No thanks.

£5m for some unknown left back playing in the @EFL @SkyBetChamp 😂 Please don’t do this Rangers – replacing (potentially) a Croatian international LB with this guy? Come on!!

Even though it is claimed that Barisic would be the one to make way for Tymon, you can’t help but think that the fullback is being considered just in case Calvin Bassey also departs.

The Nigerian international is being targeted by the likes of Aston Villa and West Ham, but any team will have to shell out in excess of £25m for his signature. If the Gers do receive such an amount, though, some of that could be reinvested in Tymon.