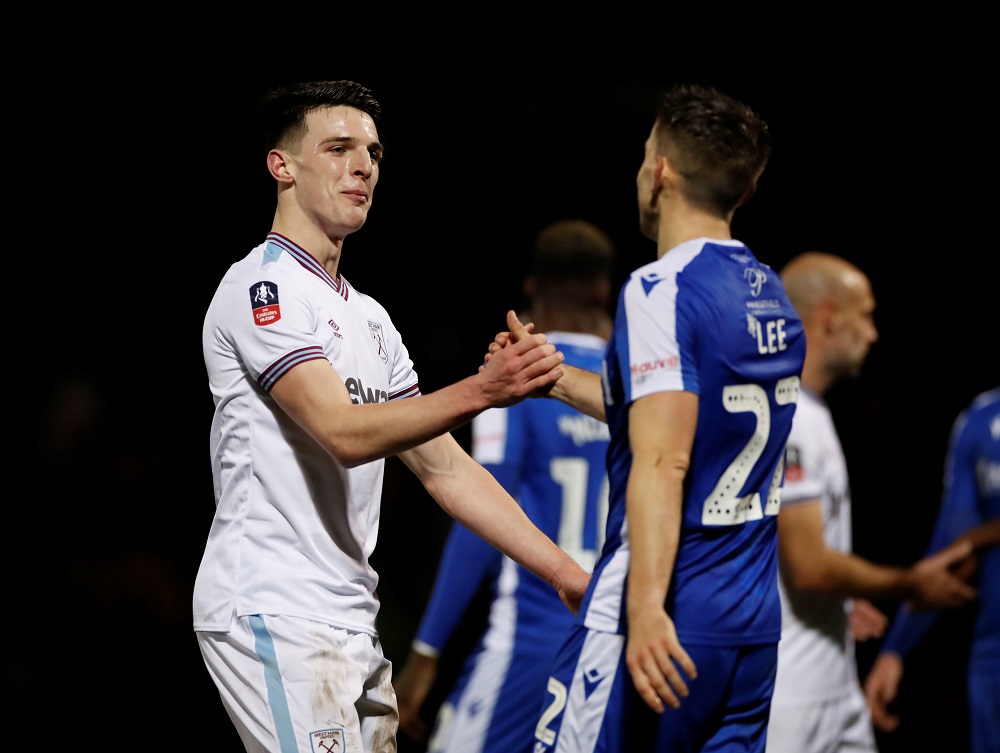 David Moyes’ men have had an excellent start to their European campaign, with wins over Dinamo Zagreb and Rapid Vienna, and if they go all the way, they would qualify for the Champions League. Were that to happen, Bent thinks Rice would snub advances from other teams:

“If they win the Europa League this year and they are in the Champions League next year, he won’t go anywhere. What’s his reason for going then? He’s playing in the best competition in the world then. I think for the first season, once he has a taste of it, West Ham get into the Champions League and he does particularly well.”

“I think people will come and get him, regardless of what happens, but that is his club – West Ham. He’s the captain – I know Mark Noble is the captain – but it’s him because he will play more. If they can somehow win the Europa League, they’re in the Champions League next season, he’s not going anywhere. They’ve got to go all out and try to win the Europa. They’ve got a really good chance.”

Winning the Europa League is a really tough ask, but Bent is correct to point out that Champions League football would satisfy Rice’s ambitions. The 22-year-old has revealed in recent months that his aim is to play in Europe’s top competition.

Even if West Ham do fail to qualify for the Champions League, though, the London club would still hold out for an extremely high transfer fee which may put off potential suitors. Chelsea, Manchester United and Manchester City are all said to be keeping tabs on the midfielder’s situation.

West Ham Are ‘Convinced’ By Honduran Ace Who Could Be Sold For 8.9M