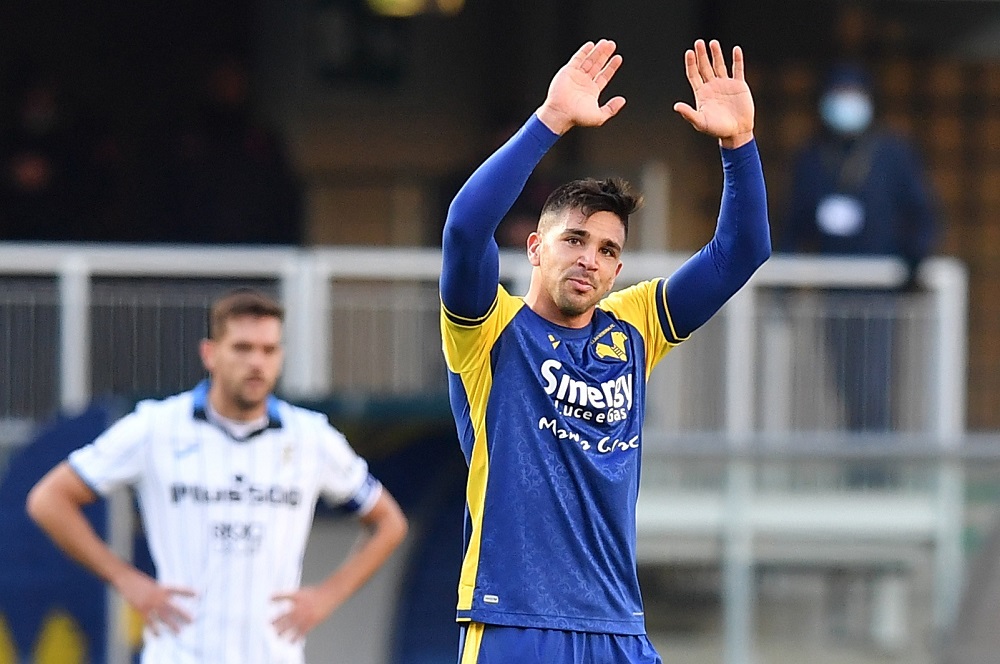 West Ham and Arsenal have “entered the fray” to sign Verona forward Giovanni Simeone, according to AS.

The Spanish publication reports that the Hammers have “positioned themselves well” to sign the Argentinian international, while both Arsenal and Juventus have also made enquiries for the striker.

Simeone is still technically a Cagliari player, but he will join Verona on a permanent basis for €10m (£8.6m) following a loan spell. The Serie A club are then expected to sell the forward on for double that amount (€20m or £17m).

Manager David Moyes is on the lookout for a new forward and Simeone has been mentioned as a potential target before. After scoring 17 goals and providing six assists in 36 league games for Verona last season, the 26-year-old has certainly been in impressive form.

West Ham are, though, believed to be considering other options too, with the London club having been linked with Chelsea’s Armando Broja, Watford’s Emmanuel Dennis and Clermont’s Mohamed Bayo.