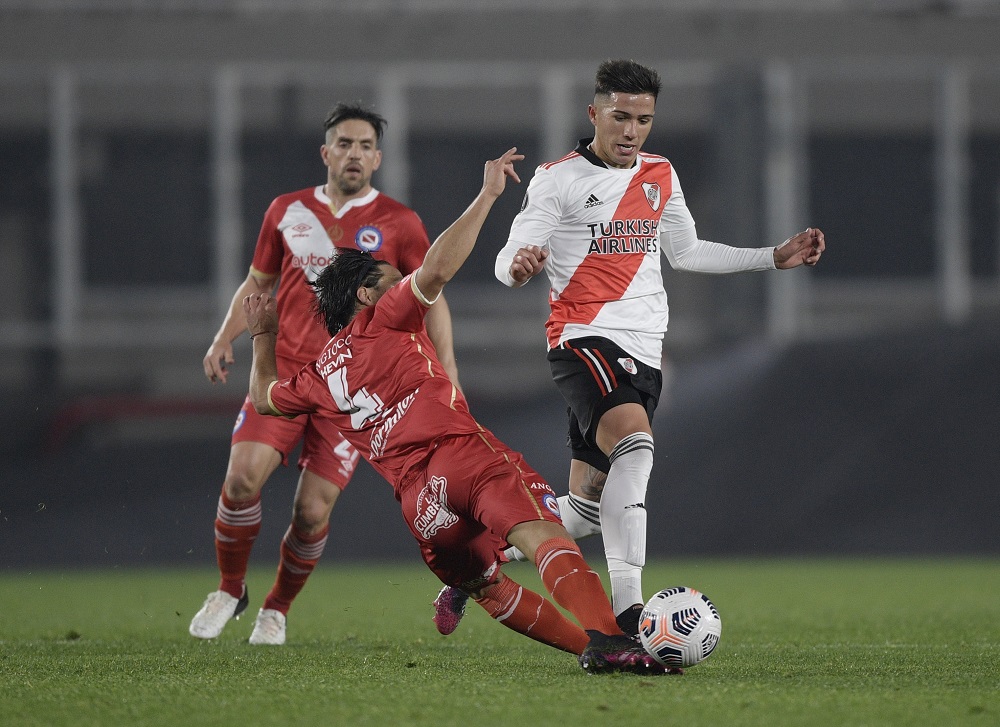 Former Arsenal star Robert Pires has singled out River Plate central midfielder Enzo Fernandez for praise, after seeing him in action against Patronato on Thursday night.

Manchester City bound Julian Alvarez stole the headlines by scoring a hat-trick in the 4-1 win but Pires was more of a fan of Fernandez, who got an assist for Alvarez’s second goal:

“I loved number 13. Not because he played in my position, but he has a very good way of playing, of moving around, he always gives solutions to his teammates, he handles the ball… what I like the most is that he always wants to break the line or play with the wingers. I loved everything I saw from Enzo Fernandez.”

The Gunners will be in the market for a midfielder in the summer and it will be interesting to see whether Fernandez is on the club’s radar.

Technical director Edu does have strong connections in South America, although most of his contacts are in Brazil rather than Argentina.

At the moment, it is believed the likes of Aston Villa’s Douglas Luiz, Wolves’ Ruben Neves, Leicester’s Youri Tielemans, RB Leipzig’s Tyler Adams and Lille’s Renato Sanches are the players that Arsenal have an active interest in.

With Pires being a big fan, though, it will be interesting to see whether Fernandez ends up playing in Europe in the not-too-distant future.