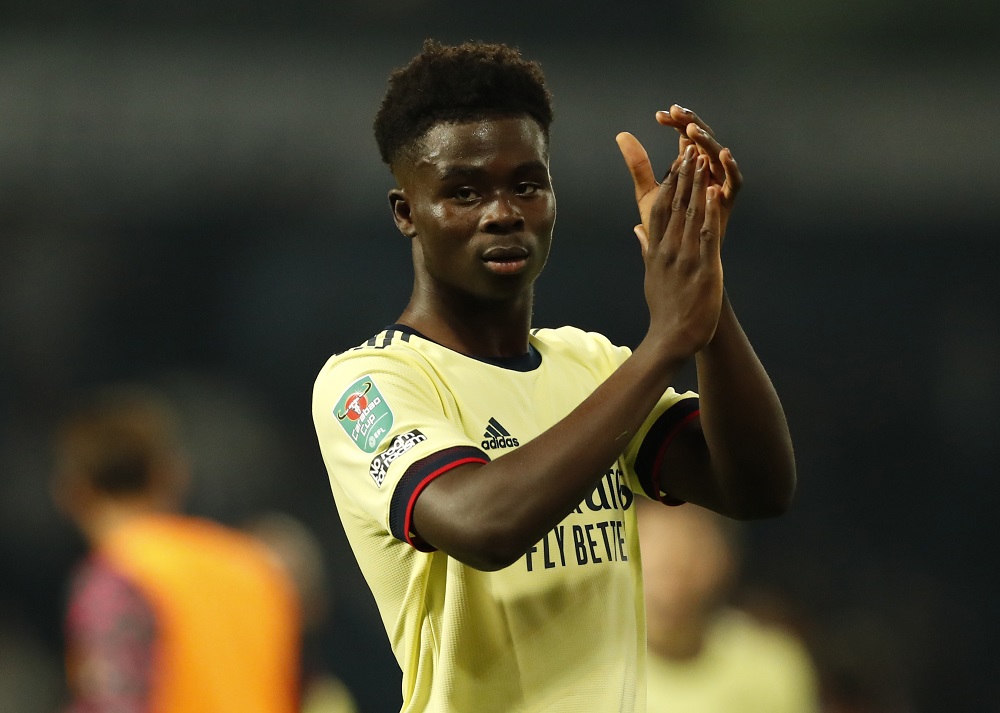 Arsenal are ready to step up their plans to tie down Bukayo Saka to a longer-term contract, according to Football.London‘s Chris Wheatley.

The website’s Gunners correspondent claims that even though the 20-year-old’s current deal still has two and a half years left to run, the club are keen to offer him a salary that reflects his importance to the team:

Current deal expires in summer of 2024 but club set to put together package that will reflect his standing as one of #AFC’s most important players.https://t.co/bz337Y2sH9

Fans on Twitter are happy that there is movement in terms of getting Saka to commit his future to the side, especially as there is likely to be a lot of interest in the England international from other clubs, such as Manchester City and Liverpool:

Arsenal should insert a billion buy out clause for this golden boy.

Let’s hope so because we need to hold on to him, for a little longer at least. Btw NO SIGNINGS!

They better before Man City approach him.

Some good news…
I pray he stays

Give him auba salary . 👍

Saka undoubtedly merits his extension, despite having only signed his last contract eighteen months ago. He has become a key first-team player during that time and he deserves to be recognised as such with his pay packet.

Getting Pierre-Emerick Aubameyang, as well as other players, off the wage bill will certainly give Arsenal a lot of room to manoeuvre financially when talks begin with Saka.