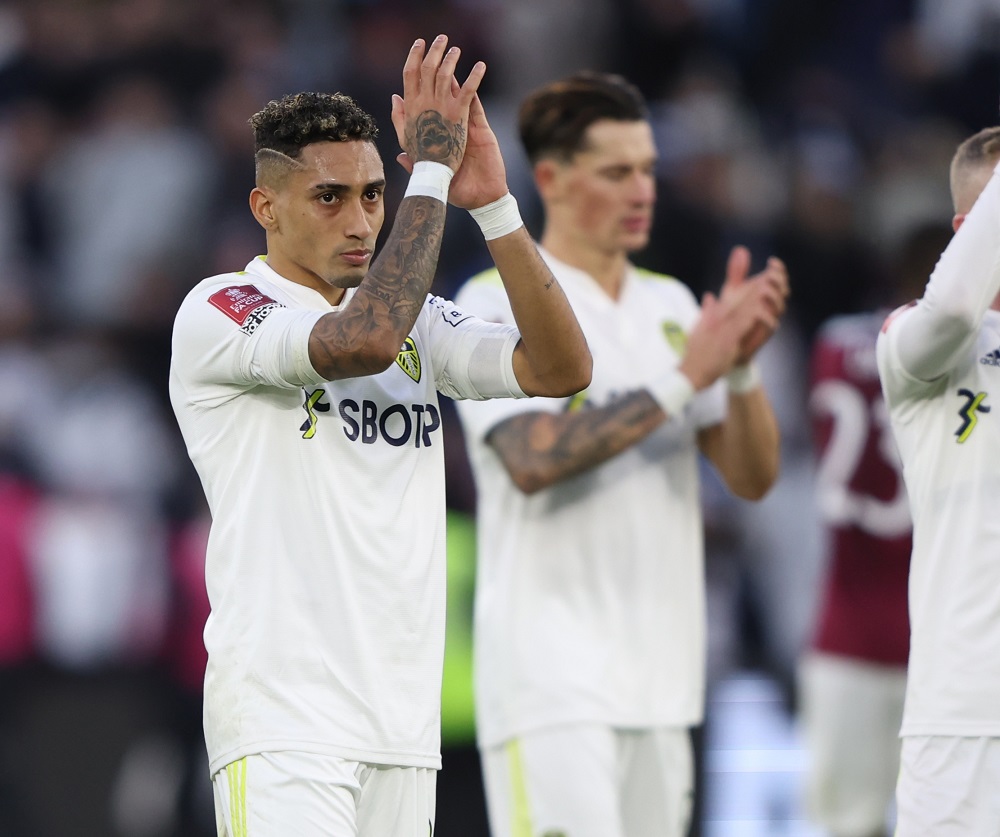 Journalist Gianluigi Longari has played down the chances of Tottenham muscling in on Arsenal’s attempts to sign Leeds winger Raphinha.

The Italian reporter was the first to reveal the Gunners’ interest in the Brazilian back in February and, when he was asked about new reports that Spurs could get involved, he told a user on Twitter:

Longari believes that Barcelona remain favourites to sign Raphinha, although many others have pointed out that the Catalan club are struggling to come up with the funds to meet Leeds’ asking price.

Fabrizio Romano claims that the Yorkshire club are holding out for around €55m (£48m) which is unlikely to deter Arsenal from making a move for the Brazilian international.

However, it should be pointed out that there are other teams in the race for Raphinha. In Longari’s original report back in February, he cited Chelsea as a potential suitor, while the player’s agent has previously confirmed that Liverpool have registered an interest.