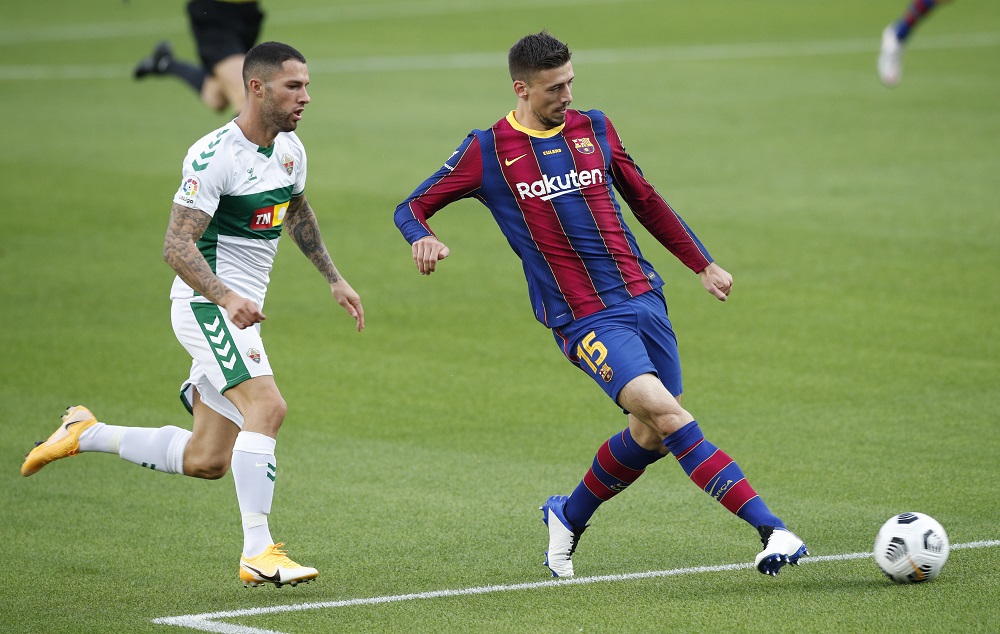 Arsenal, Tottenham, Newcastle and Everton have all “asked” about the availability of Barcelona defender Clement Lenglet, according to Sport.

The Catalan newspaper claims that the France international will be sold this summer if a club matches Barca’s €15m (£13m) asking price.

However, it is believed that a number of clubs have been put off by Lenglet’s salary demands. He is currently earning in excess of €10m a year (around £164,000 a week) at the Camp Nou.

The Gunners are actively looking to sign a left-sided centre-back, having already considered a move for Freiburg’s Nico Schlotterbeck back in the January transfer window.

More recently, they have been linked with Chelsea’s Levi Colwill, but Lenglet is likely to be available for a lot less, with Sport suggesting that Barcelona may even be open to a loan deal. The Frenchman also has a greater amount of experience, having been capped 15 times by his country.