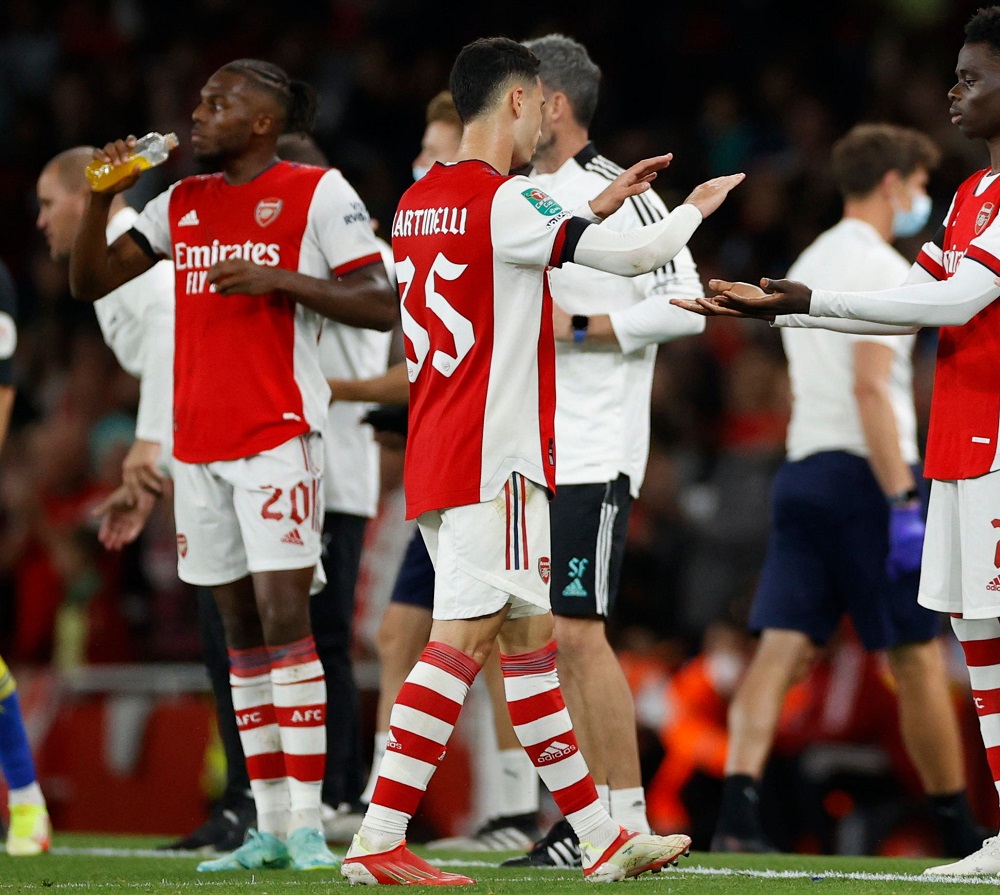 Ex-Aston Villa striker Gabriel Agbonlahor has tipped Gabriel Martinelli to emulate Thierry Henry and thrive as a centre-forward at Arsenal.

Henry arrived at the Gunners from Juventus, having played mostly as a left-winger for the Serie A club, and Agbonlahor believes Martinelli can do a similar thing by switching from a wide position:

“He looks like that sort of number nine who will drift out wide from the centre and make runs behind defenders and be a menace. He can finish too. I think he’s got everything to be a number nine. Then you can fit Nicolas Pepe on one wing and Bukayo Saka on the other. It definitely works, for me. Lacazette doesn’t offer enough agility and speed to play as Arsenal’s number nine at the moment. Martinelli can be like Henry and Henry did it all. I don’t see why Martinelli can start in the centre and drift out wide. He’s got it all as a centre-forward.”

Reports suggest that Martinelli has been working on his game as a central striker in recent training sessions, and it will be interesting to see whether manager Mikel Arteta employs him in that role in upcoming matches.

As Agbonlahor mentions, Alexandre Lacazette does lack mobility when he does play as the number nine, despite offering a great deal in terms of holding up the ball and getting involved in build-up play.

Martinelli would offer a different threat, with his pace and movement allowing him to get in behind defences. With Lacazette being the captain, though, it’s a tricky situation, so we shall see whether Arteta opts to make a change up front for the Brentford game this weekend.