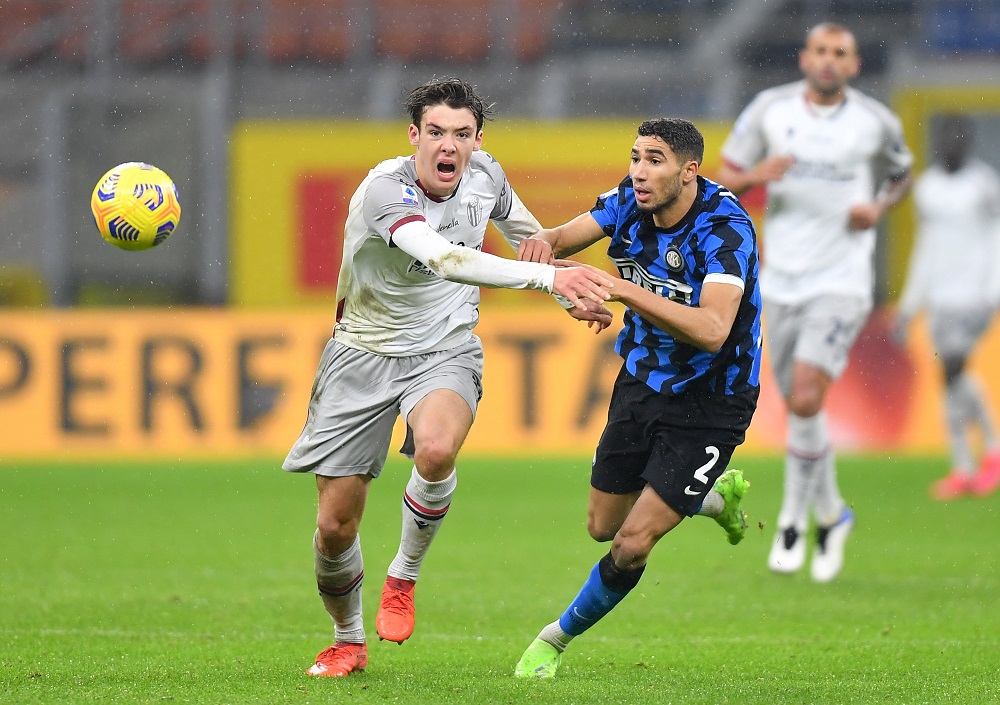 Arsenal have not stepped up their attempts to sign Bologna fullback Aaron Hickey, according to The Athletic journalist David Ornstein.

Reports in Italy had suggested that the Gunners were closing in on a deal to snap up the 19-year-old for a fee that could reach €25m (£21m) but Ornstein has poured cold water on those claims:

“Hickey is not close to joining Arsenal as things stand.”

Reliable sources have confirmed that Hickey is a genuine target for Arsenal, as they look to reinforce their fullback options ahead of next season.

However, it appears that no decision has been made on making a formal offer for the defender. Alternatives are being considered, with the likes of Udinese’s Nahuel Molina, Norwich’s Max Aarons and Middlesbrough’s Djed Spence having all been linked with a move to the Emirates.

Southampton’s Tino Livramento was also touted as a potential target before a serious knee injury ruled him out until next year. Hickey does, though, appear to be the number one target at the moment.