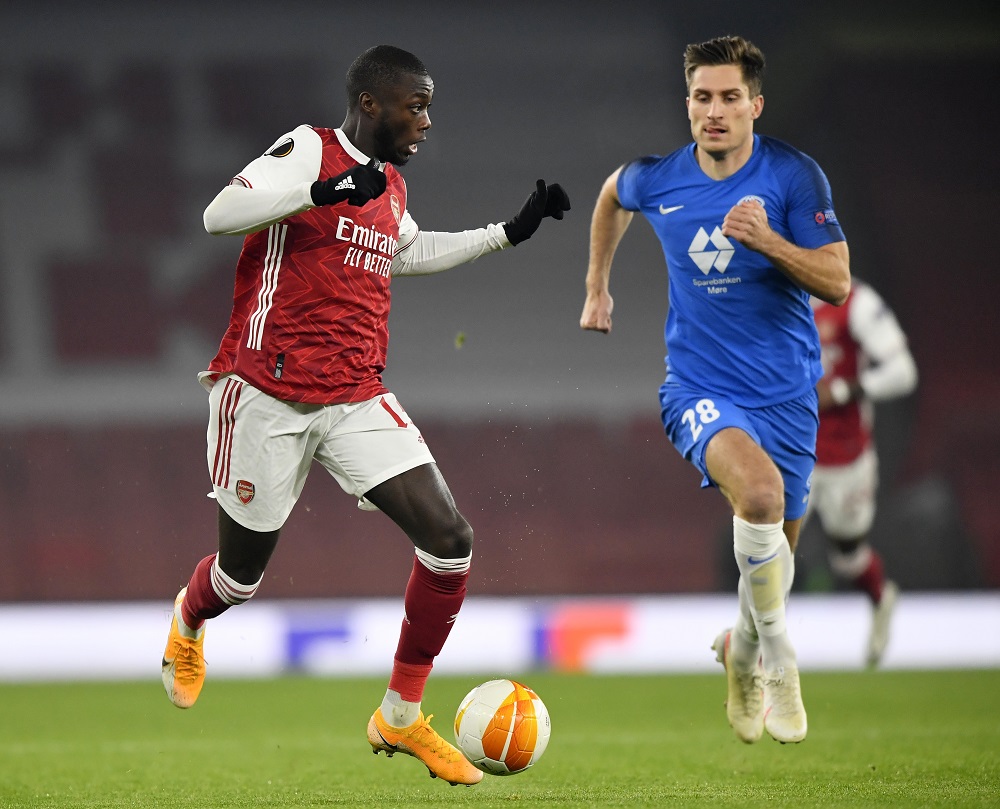 However, competition for places is fierce on the wings and, with the likes of Bukayo Saka, Gabriel Martinelli and Emile Smith Rowe also vying for spots, Pepe has a job on his hands becoming a regular starter for the Gunners.

Supporters on Twitter were asked whether Pepe deserves to be in the eleven for the game against Watford on Sunday, and there was a variety of different views:

rest saka and play him

Fantastic cameo by Pepe but, I still think ESR is ahead of him.

ESR Laca Saka is our strongest 3. The strength in depth in those wide positions are unreal. Pepe and Martinelli. Game changers.

He deserves to start as top 9 which is striker position bcs lacazette can’t score Tbh.
Let’s try Pepe in that position because I can’t see him benching Martinelli or Saka for now🤔

Pepe is like our origi, the sooner we accept it the sooner we’ll all be happy. Clutch player that gets in the end of the games and wins it.

If it aint broke, dont fix it. Same applies here – we are fine for now. However, a few more good cameo appearances and I wouldn’t mind him starting.

Based on what Arteta requires with and without the ball, he’s proved time and time again to not even be close to the level. Keep him as an impact sub once the other team are wearing down for now.

Hear me out… He should start for Saka. Think about it. The kid’s hardly had any time off. He’s started virtually every game. If you notice, he’s a lot less sharper, delays some attacks and defenders are sorta getting the hang of his skillset. I think two games off would be good

He’s very good at coming off the bench and changing the game so I’d probably just use him to do that again.

Pepe deserves a place in the team and the manager needs to stop fielding the same team week in week out, I am sure each game can have a tactic rather then…

No… if he’s a good impact player sometimes players can be more effective off the bench when defences are tired and less sharp. ESM and him off the bench are brilliant options

One of the big problems being out of Europe is the fact there are far fewer matches for squad players to get minutes. Some fans are arguing that Pepe could be handed a chance if Saka is rested, but Arsenal have ten days between the Wolves game and the trip to Vicarage Road this weekend.

Arteta really doesn’t need to rotate at all and, with Smith Rowe also expected to be fit on Sunday, it’s hard to see how Pepe will get into the team.